Known as the ‘land of the long white cloud’, New Zealand is situated in the southwest Pacific Ocean close to Australia and consists of two large islands, north and south, with similar land area and topography to those of Britain and Japan. With a population size of approximately 4.8 million and two official languages, English and Maori, New Zealand is famous for both its beautiful scenery and being one of the most liveable country in the world. Buoyed by its abundance of cultural heritage, fresh environment, pleasant climate, beautiful scenery and tourist resorts all over the country, New Zealand has witnessed significant growth as a travel destination in recent years and has garnered an impressive line-up of international awards by tourism leaders and travel publications that include being declared the best country in the world in the UK Daily Telegraph’s travel awards for the fifth consecutive year! 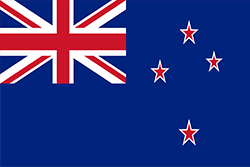 Due to the country’s sparse population, New Zealanders are generally laid-back and lead a high quality of life at a relatively relaxed pace, prioritising time away from the office by exploring their sandy beaches, great native forests, mountains, lakes, rivers and fjords. It is also a great, safe place for children, with many recreational activities and a world-class education system that is varied with the highest percentage of education public funding in the world. It is this believe in giving everyone the education they deserve that has resulted in the growth of its education system which focuses on both practical and academic achievements.

As the second most prosperous country in the 2017 Legatum Prosperity Index, New Zealand may have one of the highest standards of living in the word. However, living costs vary greatly depending on which part of the country one lives in as its largest city, Auckland, has a living cost that is significantly lower than other major cities such as London, Sydney, Melbourne, Hong Kong, Singapore, Guangzhou and New York.

While tuition fees at international and private schools in New Zealand typically fall within the range of $28,000 to $40,000 annually, government-funded schools are much cheaper and usually cost between $16,000 and $20,000 each year.